Nectar is a sweet substance, produced by some plants to attract pollinators such as bees, butterflies and hummingbirds. Bees collect nectar and make it into honey. While collecting the nectar, pollinators accidentally transfer pollen from male flowers to female flowers, or between the male and female parts of flowers that have both.

Pollen is a fine powder of microscopic particles that can fertilise a flower to produce a seed or seeds in the flower’s ovary. Pollen is produced by anthers, the male reproductive organs found in most flowering plants. The pollen needs to be transferred to a flower’s stigma in order to fertilise it. The stigma typically has a hairy and sticky surface, which helps it to capture the pollen particles. 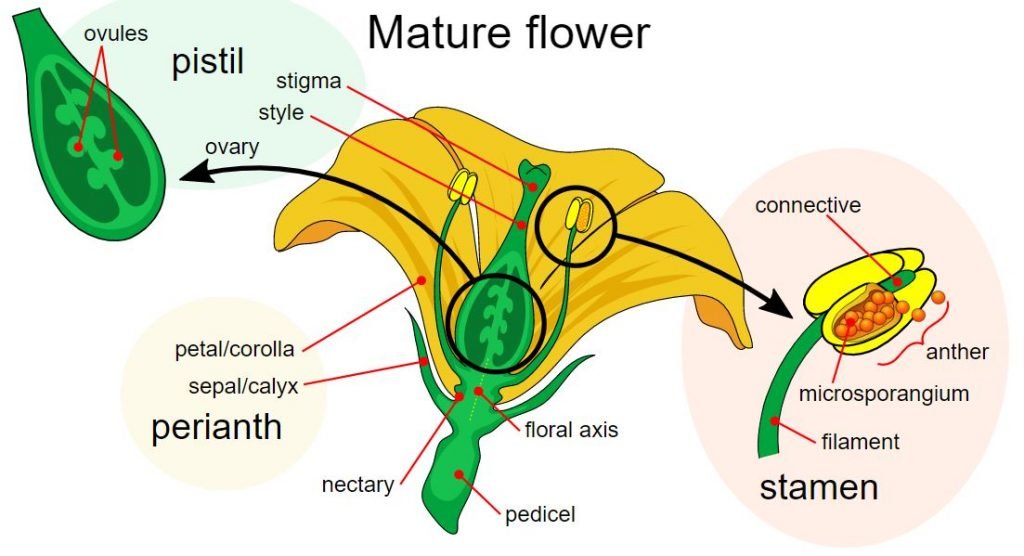 5 thoughts on “nectar and pollen”

What's the difference between ...

Business and Commerce
duty and tariff